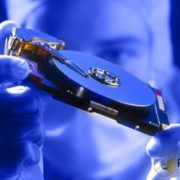 If your internal or external hard drive for your desktop computer has failed, and you can no longer access your important data, Corporate Data Recovery can help you get your data back. We are fully-equipped to handle hard drive data recovery from your failed or damaged hard drive, providing you with optimised data recovery services in Brisbane, Gold Coast, Sydney, Coffs Harbour, Canberra, Melbourne, Adelaide, Darwin and even Perth.

Our data recovery methods are warranty safe and recommended by leading manufacturers, including: Western Digital, Toshiba, Fujitsu, Seagate and more!

You can get in touch with us online (via our LiveChat), or call us on 1800 473 268, and a hard drive data recovery specialist will attend to your questions in real-time!

How This Pricing Works…

Start Your Booking and Pay the Recovery Assessment Fee

Following your booking and receipt of your hard drive, Corporate Data Recovery will start work on recovering your data… using our specialised data recovery equipment.

We will contact you to discuss the successful recovery and final payment.

*If your loss of data requires immediate attention, then select the Priority option.
This ensures your drive is placed at the top of the recovery service schedule.

Check if we offer free pickup in your area.

We Start The Assessment

Following the arrival of your hard drive, it will be queued for us to perform our extensive testing and data recovery process to recover your data.

If you have selected the Priority option, your hard drive will not be queued, but will instead be immediately actioned until it’s completion.

If There’s a Mechanical Fault, We Will Need to Repair Your Drive

Occasionally, a hard drive may require repairs in order to complete the process of testing. Repairs to hard drives are labour intensive and involve dismantling the drive, diagnosing the problems, purchasing replacement parts, and then re-assembling the drive to continue the testing or recovery. Prior to these additional costs, you will be contacted for approval and payment of the repair.

Once we’ve recovered your data, and have it ready to be copied to the new hard drive, the Successful Data Recovery Fee is now due.

We Send Your Data Back To You

Once we’ve successfully recovered your data and received your Successful Data Recovery Fee, your data will be written to a new 1 Terabyte hard drive. If the amount of data recovered is larger than 1 Terabyte, an extra $110 fee applies per additional Terabyte(s) required.

Once complete, you have the option to collect the device from our laboratory depending on your location or, if this is not an option, we cover the postage back to the address you have selected.

One of the reasons hard drives are susceptible to failure is due to head crashes. This can be due to the close proximity of the heads (which read the disk’s data) and the disk surface. If, for any reason, the head gets close enough to scrape the surface of the disk platter, the platter starts to lose the data due to wear on the thin magnetic film on the disk’s surface. These hard disk crashes can be caused by power failure, power surges, physical shock, electronic failure, contamination of the drives sealed enclosures, or even wear and tear due to it’s age or materials.

If the symptoms of failures are caught early enough, quite often the data recover process will have a much greater chance of recovering the disk. If left until the hard drive has completely failed, the opportunity of a 100% successful recovery becomes less likely. Listen for clicks or other noises, which you may not have heard before. Pay attention to your computer freezing, which may be caused by your hard disk being unable to read it’s data properly. System crashes are also a strong indicator or a hard drive about to fail.

If you value your data, be on the safe side… back up your data, and call us if you suspect an issue. 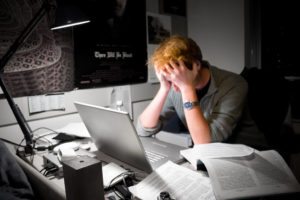