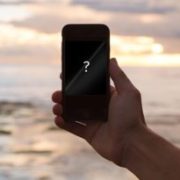 With easier access to a variety of forms of encrypted messaging, why aren’t there more options for making encrypted voice and video calls? Well, first off, let’s start by saying there’s a lot more choice than there was, say ten years ago.

WhatsApp, Skype, Google Hangouts and FaceTime all provide encrypted, secure voice and/or video calls – provided both parties are using the same system. What isn’t widely available is the simple and reliable ability to ensure your conversation is secure from prying ears, if you’re calling someone on their landline, from your cell phone. 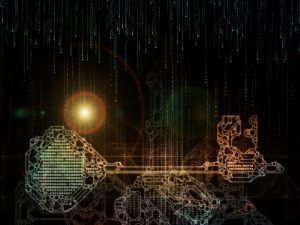 The reason that it’s easier for companies to keep encrypted call services in-house is because making video and internet calls is a pretty big challenge in itself. Once they’ve found a system that works, the process of making changes to work with other providers – that could limit both the call and secure ability – could mean a surge in development time and costs.

It would also mean they’re sharing the positive results of all their investment with other companies, for free! That might not seem like a particular difficulty to the end user. But, believe us when we say research & development investment levels can be very high for tech companies, so they aren’t often inclined to share the fruits of their hard work and high spend.

Despite the difficulties in creating, providing and supporting encrypted phone and video calls, the number of providers is growing. Just recently, messaging service the TelegramApp, has begun to offer secure calls across Australia.

You can also purchase devices that are designed to make your calls secure – but they’re rarely cheap. Cryptophones are another option – but again, you can only use one to call another Cryptophone.

This shows that more tech businesses understand the importance of not getting left behind and providing the services that people want to use. But right now, most of those businesses seem content with offering those secure calls in a closed environment.

Why Encryption Services are Important

Of course, in an ideal world, we wouldn’t need encryption services, because no-one would want or be able to listen in. But, they do and can and that includes Governments around the world, as well as cyber-criminals and businesses trying to sell anything and everything to us.

Sure, most of us aren’t doing anything we shouldn’t in our day-to-day life. But, that doesn’t mean we should forgo our privacy and let anyone who can or claims they have the authority, to actually do it. By having easy access to encrypted and secure messaging and phone and video calls, we’re protecting our own right to privacy.

Luckily, this is something tech companies understand, which is why more easily accessible encrypted calls across multiple providers and app is likely to be a possibility, at some point in the future.

HGST Ultrastar HS14: A star is born!
Scroll to top